Merano and environs: colourful culture and rich in history.

From ancient cultural monuments to the wonders of modern architecture: a stroll through Merano and environs brings you face to face with cultural treasures, unique in themselves. Narrow alleys straight from the Middle Ages, each with its tales of the good old times. Magnificent manors and stately castles concealing wealth of secrets to be discovered stand in harmony alongside modern style and joie de vivre within your grasp. Assembly rooms from the Imperial period beside the Merano thermal springs offer a contrast in style and yet complete the pleasant aspect of the townscape. And these are only a few examples.

This colourful cultural mixture has grown up everywhere in a way to be found only in South Tyrol. Alpine charm and Mediterranean flair go hand in hand as a matter of course. The tried and tested traditions with new ideas, colourful rural markets flirt with a modern life-style. Venerable traditions experience a re-birth and new desirable fashions from the region emerge boldly. Stand and stare, enjoy. Merano and its surroundings abound with places of interest, which are clamouring to be seen. 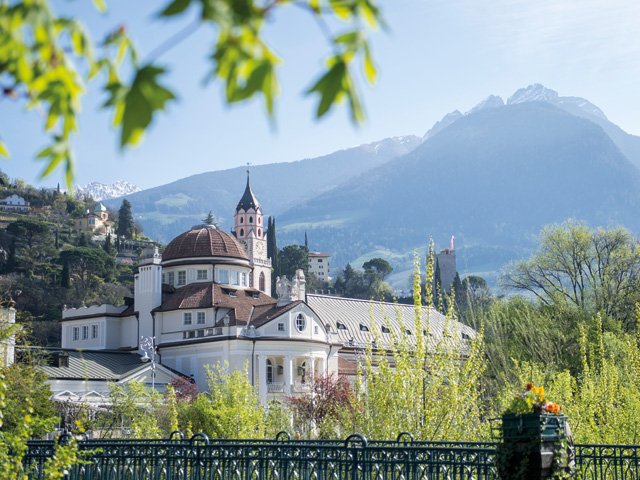 The towns and villages in and around Merano

All have the beauty of the Alps and a good helping of southern flair as is witnessed by the history of the last few centuries. The down-to-earth character of the people, who live here and their devotion to caring for their villages and cultural landscapes lend Merano and its surroundings a beauty and a charm to enchant the visitor.

It is not only the history of the region, which has bred all sorts of interesting features. The diversity of the culture in Merano and its surroundings gives in equal measure the impulse to create anew! Thus, extremely modern signs of the times sit side by side with the renovated fortified castles and stately palaces, to which much labour and attention has been devoted in the past few years and over the centuries. They also pursue the concept of being both signposts to the future and timeless monuments. Modern museums and meeting places have been designed for the practice of hobbies and passions and for the well-being of the people.

And of course, the land itself weaves its magic, just as Nature intended, with its rolling hills, sparkling lakes and mighty mountain peaks. All this is to be found on the blooming, southern side of the Alps, cosseted all year round by the warmth of the sun.