In Merano and its surroundings and farther afield charming villages invite you to visit: Merano with its blossom, sophisticated Bolzano, Cermes and Lana. 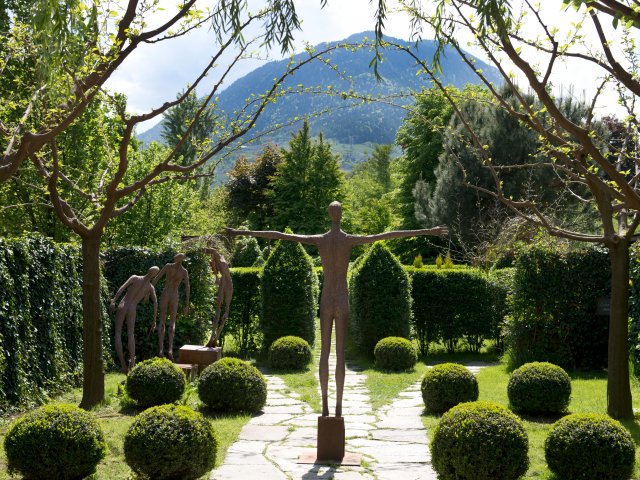 The little village of Cermes nestles among the fruitful slopes to the west of Merano. Thanks to a favourable climate it is one of the sun-kissed places in South Tyrol and justly deserves its reputation as one of the sunniest localities in the area. This has favoured not only the apple orchards and vineyards, which produce the finest fruit and wines, but centuries ago noble and well-off families selected this coveted little locality to build their castles and manor houses.

In fact for its size Cermes boasts a good number of magnificent buildings from past ages, such as Lebenberg Castle, Baslan Castle and Kränzel Manor. 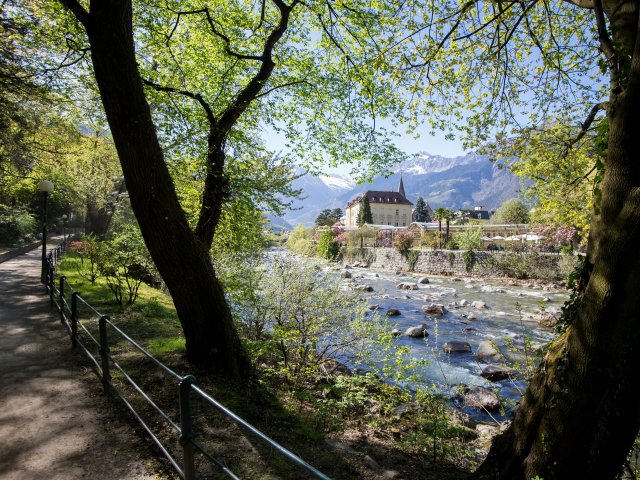 Town of plants and flowers

This pretty spa town is justly the main attraction in South Tyrol. Charmingly diverse, it offers visitors a colourful journey through the past, where numerous testimonies from a thrilling history right up to the present-day have been preserved. In the 800 year old alleys with their pergolas attractive shops and stores, inviting cafés and restaurants really make you want to stop, shop and linger a while. Along the Passirio River, which rushes impetuously through the heart of the town for most of the year, there are many reminders of the times when Elisabeth, Empress of Austria – the beloved Sisi – brought great fame to Merano as a climatic spa town.

Paths, promenades, and parks are laid out with care in the classic garden style with the boxwood shrubs typical of Merano, expertly pruned into the shapes of race horses with their riders and other representations. Splendid hotels in the style of the period of industrial expansion in the 19th century and the villas in the district on the other side of the Passirio, in Maia di Sopra, offer the rewarding prospect of taking a longer stroll.

The mild climate produces a striking diversity of plants, especially here in sheltered Merano. Palm trees line the promenades, ancient stands of trees grow in the parks, a wealth of Mediterranean plants flourish on the Tappeiner Promenade, which leads out of the town centre. All this is plenty to enrapture plant lovers. Merano became ultimately known as a garden city through the gardens of Trauttmansdorff Castle, where the plants, animals and artistic pavilions astonish amateur and professional gardeners alike. 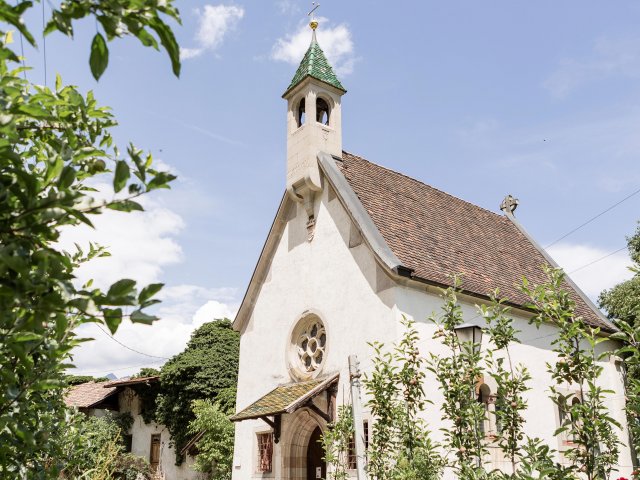 Only a few kilometres south of Merano and Cermes, Lana nestles in the extensive orchards of the Val d’Adige. Rural, sophisticated flair and a great deal of sunshine characterise this, the "largest apple municipality of South Tyrol", which is valued principally for its high standard of living by the locals and holidaymakers. Colourful shopping streets, exciting events almost all year round, the pretty Christmas market and much more make this lively village into a destination worth visiting. Among the many manors, castles and places of worship in the region the parish church of Lana di Sotto is one of the most famous monuments in Merano and environs. It has the largest Gothic altar in the Alps. Hans Schnatterpeck constructed this 14 metre high winged altarpiece in the early 16th century. 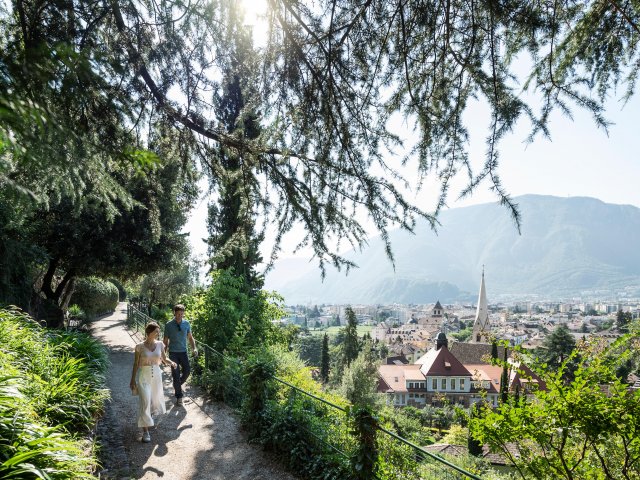 Sophisticated, cosmopolitan and self-reliant: some twenty minutes' drive from Merano lies Bolzano, the capital of South Tyrol. Where the largest rivers in South Tyrol meet beats the heart of a mini metropolis, which has been regarded as a meeting place since time began. This trading city at the centre of Europe has been seen throughout history as at the point of exchange between north and south.

From Aperol Spritz to Bozner beer

Every nook and cranny in Bolzano exudes the flair of the South and the charm of the Alps. It has the spacious squares and tiny alleys typical of Italian towns, marked by architecture, which in places recalls the regions north of the Brennero and at the same time relates the history of a whole millennium as it happened here. In the old alleys the aromas of South Tyrol specialities and the scent of pizza and oriental spices waft from the kitchens of the many restaurants and bars. Whereas some devote themselves to the popular tradition of an aperitif, others are already announcing traditional evening meals or Bozner beer.

The more colourful, the better

In Bolzano languages mix and mingle, contrasts go hand in hand. Culture-vultures queue to meet Ötzi face to face, while behind them fruit, flowers, vegetables and spices light up the colourful fruit market. The Christkindl Market sells traditional produce and mulled wine and in the form of a huge monument the minstrel, Walter von der Vogelweide looks on. At certain times the streets are totally blocked, especially in the most popular allays around the pergola area, the fruit marketplace and Museumstraße. The centre of Bolzano with its shops and rest stops has remained to this day the hub of the town for its always smartly-dressed inhabitants, who reach their destinations efficiently on foot or by bicycle. The extensive green areas in the heart of the town, redolent of open space and peace and quiet offer a contrast to the cobblestones and walls of the narrow winding alleys. They offer regeneration and lovely hours of sunshine for large and small, young and old. And of course, visitors are drawn in by the countless attractions and excursions around Bolzano, most of which can be easily reached by the cable cars.